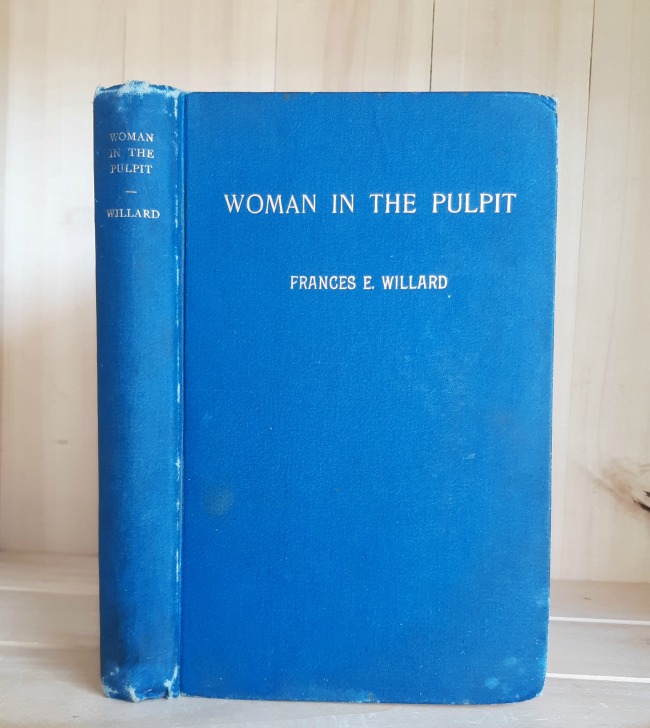 Blue cloth with titles stamped in gilt, small 8vo, 173 pages; boards edge worn and soiled, previous owner's name in front endpaper, occasional smudge or spotting, else internally clean and sound. Frances Elizabeth Caroline Willard was a nineteenth century activist for women's suffrage and for many years the president of the Woman's Christian Temperance Union. She held to a feminist interpretation of scripture, claiming that natural and divine laws called for equality in the household, with the mother and father sharing leadership. The book came as an outgrowth of an article she was asked to write for a publication, which became too lengthy. So Willard gathered testimony from men and women preachers, and expanded her writings, the result being this book, which expounds on her feminist ideals that "God sets male and female side by side throughout his realm of law.

Title: Woman in the Pulpit