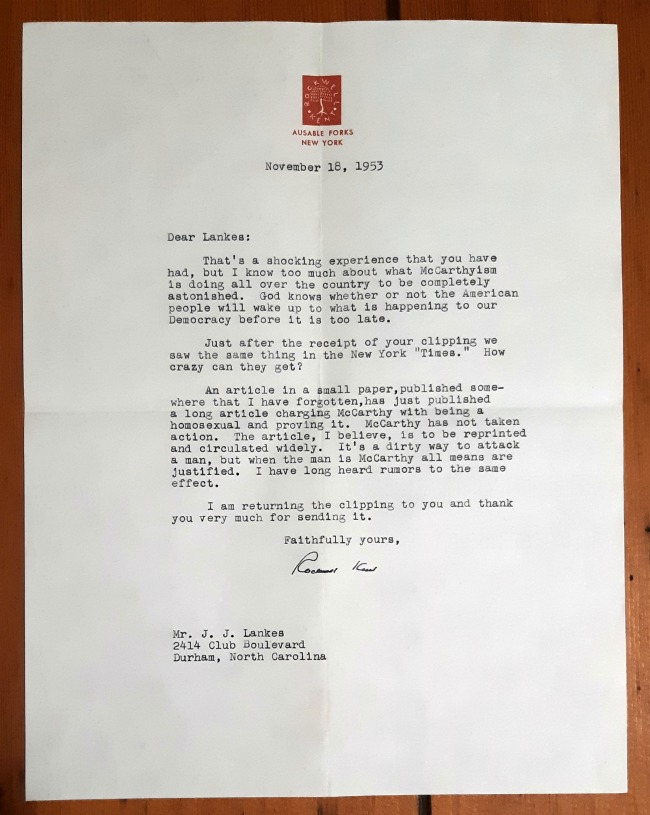 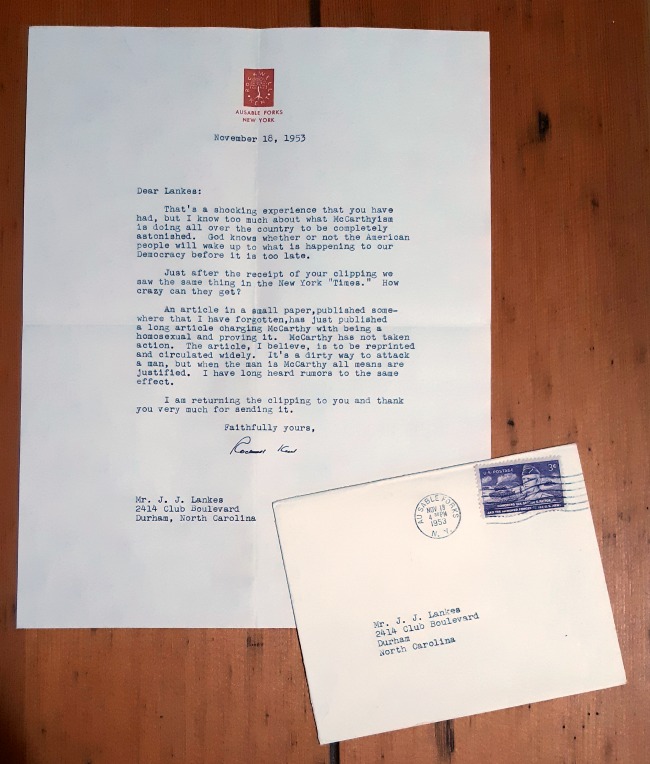 Typed letter of four paragraphs on Rockwell Kent's personal stationery, addressed to Mr. J. J. Lankes and bearing the signature of Kent; letter is dated November 18, 1953, standard letter paper with creases where it was folded into envelope, paper clip indentation at top of page; envelope with cancelled stamp and postmark matching above date included. Very good. The letter to Kent's friend and fellow artist opens with a reference to Lankes's experience as a target of Joseph McCarthy, and goes on to discuss the shocking impact of McCarthyism in America. In the third paragraph he mentions a newspaper article that has charged McCarthy with being a homosexual. He speculates about whether the information will be disseminated and says, "It's a dirty way to attack a man, but when the man is McCarthy all means are justified. I have long heard rumors to the same effect." The "Red Scare" of the mid-twentieth century has been the main focus of historians and McCarthyism, but the lesser known "Lavender Scare" happened concurrently and targeted supposed homosexuals, equating the evils of communism and those of homosexuality. In 1952, based on collected rumors, Nevada publisher Hank Greenspun published an article calling Mccarthy a homosexual. No major journalist would run the story, and it has never been reputably published as more than rumor. Many consider McCarthy's attacks on homosexuality to have been more personally damaging to individuals than his accusations of being communist.

Title: Signed letter from Rockwell Kent to J. J. Lankes regarding Joseph McCarthy being a Homosexual